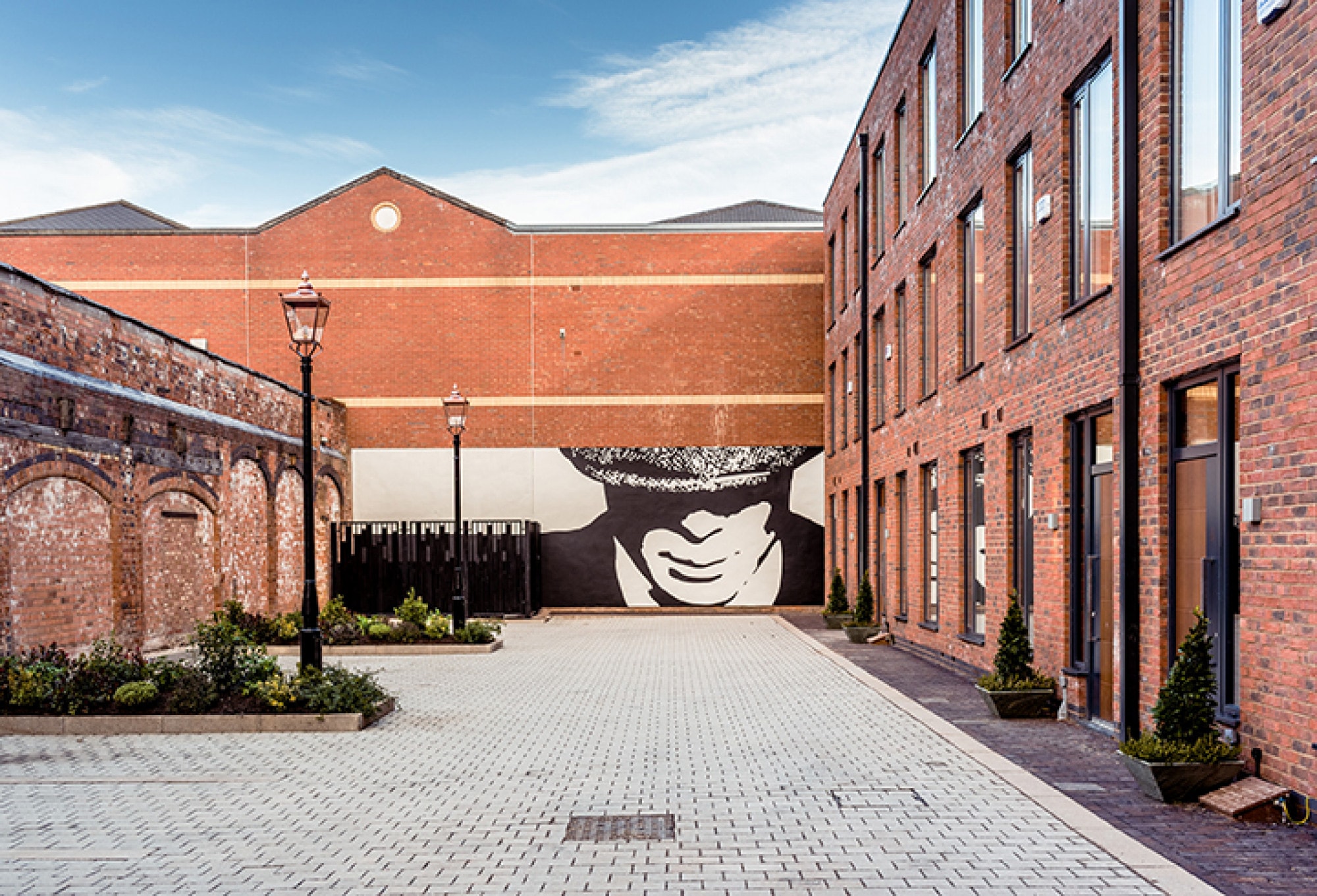 This new Peaky Blinders mural has appeared in Birmingham

This piece of art is in the Jewellery Quarter Peaky Blinders gangsters are taking over Birmingham again – though there’s no need to be scared.

They are reappearing on the city’s walls in the form of artwork. A second mural celebrating the success of the BBC2 hit drama has popped up, this time in St Paul’s Square.

It depicts the face of Cillian Murphy as gang leader Tommy Shelby, looking down with his eyes covered by his famous peaked cap.

It has been painted by an artist called Zoot and is in the courtyard of a new development in the Jewellery Quarter. He was commissioned by Elevate Property Group to brighten up the development of four new-build townhouses and three apartments, selling from £500,000.

Elevate are the firm behind Birmingham’s most expensive apartment – they created the penthouse in Concord House at Holloway Head which sold for £1.8 million.

The second piece of art joins a mural which appeared last October in Dale End next to the Peaky Blinder pub.

That’s a Banksy-style graffiti which looks similar to the one in St Paul’s Square, but is signed by an artist whose name looks like Wotsku and which some suggest could be Works Unit.