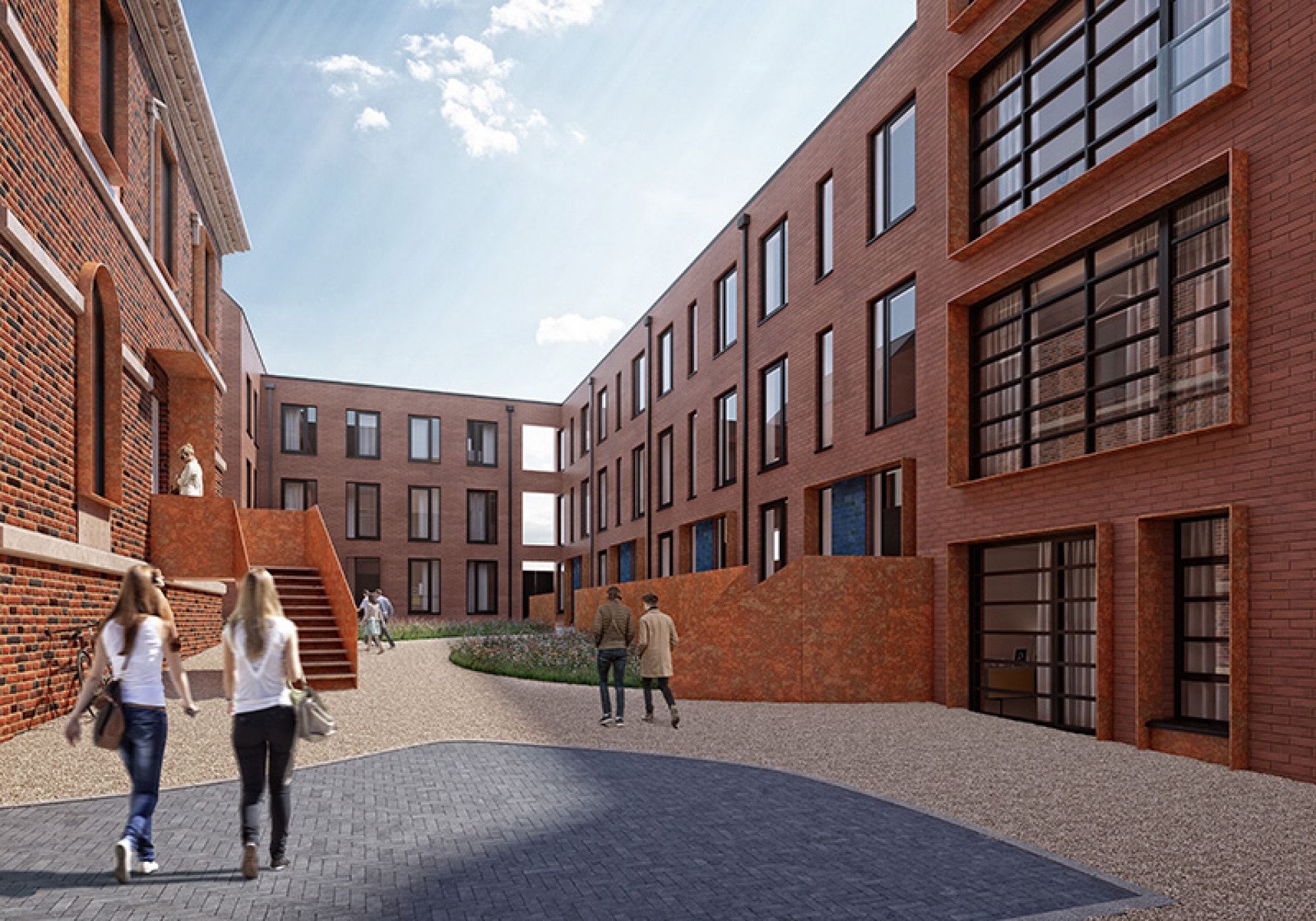 Elevate Property Group has unveiled its plans to bring a derelict site in Birmingham’s Jewellery Quarter back to life in its latest project in the city.

It has submitted plans for 14 townhouses, 42 apartments and 3,500 sq ft of commercial space in a development to be called Heaton House Lofts in Camden Street. (https://www.elevatepropertygroup.co.uk/land/heaton-house)

The residential accommodation will include three and four bedroom townhouses and one and two bedroom apartments and lofts, but what sets this project apart is the recreation of a part of Birmingham’s history.

The development will also include the restoration of a large 3,362 sq ft four bedroomed Georgian villa, with paved garden terrace and its own private garage, in recognition of the site’s historical roots.

The original Heaton House was a 19th century villa in Camden Street, which at the time was part of the middle class suburban developments that grew up on the fringes of the city centre in Birmingham.

The development was subsequently swallowed up in the expansion of Birmingham’s Jewellery Quarter and by the end of the century, Heaton House had been converted to form part of a large industrial works.

In a paper providing an architectural and archaeological assessment written by historic buildings consultant Richard Morriss, it states: “The complex of buildings centred on Heaton House is a good example of the industrialisation of the middle class suburban fringes of Birmingham in the later 19th century – a process particularly common in the area to the north of the town centre in what is now called the Jewellery Quarter.

“The original house would have been a rather fine example of gentleman’s suburban residence of the early 19th century, set within its own miniature landscaped park.”

Heaton House was the home of a leading Birmingham merchant, William Cotterill. It was said to be the second oldest residential property in Birmingham.

The building and its outbuildings were subsequently altered to fit their new roles in industry and in recent years have become disused and derelict.

Now Elevate Property Group, which has a reputation for the sympathetic regeneration of historic buildings, has undertaken to bring the site back into residential use.

Following long and detailed discussions between Elevate’s professional advisers and Birmingham city planners, a way forward has been found and the proposals for Heaton House Lofts will be submitted for planning approval this Spring.

The company is applying for B1 and D2 usage for the 3,500 sq ft of commercial space on Powell Street, meaning the property can be utilised for offices or a possible leisure/gym complex.

Elevate’s sales and marketing director David Hofton said: “Heaton House Lofts will quickly come to be recognised as one of the premier new addresses in Birmingham”.

Founded in 2011, Elevate Property Group has been responsible for some of Birmingham’s most interesting, and sometimes controversial, residential developments, always breaking new ground in terms of specification and record prices for the city.

The company currently has in excess of a million square feet of development either under construction or in the planning and legal process.

It has recently secured new lines of funding and is actively seeking new development opportunities throughout the UK.