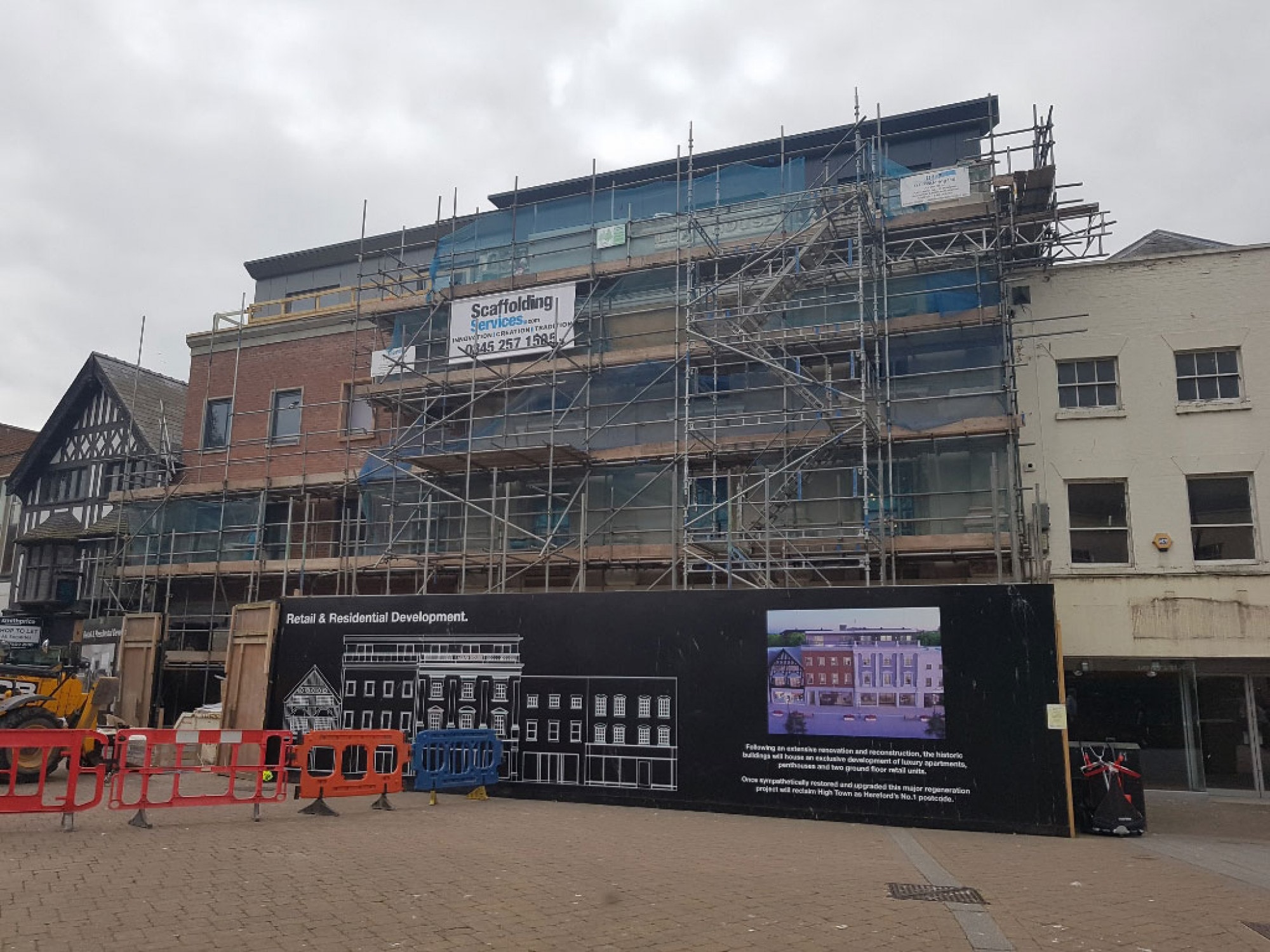 It’s been a long haul since the High Town fire in 2010 but the public will finally get to see what Elevate Property Group has achieved at Alban House in Hereford when the show apartment opens to the public on Saturday 13 July.

The £7 million development of 18 penthouses, apartments and townhouses has been engineered from the charred remains of what was left of 16-18 High Town after a devastating fire swept through the two Grade II listed buildings on Thursday 21 October 2010.

The original buildings, which were gutted by the fire that required more than 100 firefighters to bring it under control, have stood empty since October 2010. They have their origins in the 15th and 16th century but also had 18th and 20th century additions.

Now Hereford residents will be able to see for themselves the remarkable transformation that has taken place since Elevate Property Group acquired the site in 2017.

Already eight of the 18 new homes have been snapped up off plan, with two of the three top floor penthouses already reserved. There are also two retail units fronting High Town available.

Steve Dodd, managing director of Elevate Property Group, said: “Alban House is our first project in the cathedral city of Hereford and where many saw a site that had become an eyesore, we saw an opportunity.

“It’s been a hard road but with the help of Philip Belchere of Hereford architects Hook Mason Ltd and our development managers BACE Construction Consultants, we were able to move forward to the point where we were able to appoint C J Bayliss of Hereford as main contractors to build the project.”

Even then construction work was delayed when Saxon ramparts were discovered and the developers stepped back to allow county archaeologists to chronicle details of the Saxon discovery dating back to late 9th century AD.

David Hofton, sales and marketing director of Elevate Property Group, said: “Completion is scheduled for the end of 2019 so we hope to have all our new residents in by Christmas.

“Help to Buy has been confirmed and this has further enhanced the attraction of Alban House to first time buyers. Among the ten remaining homes, there are three one bedroom apartments with prices ranging from £135,000 to £160,000.

“We are very proud of what Elevate Property Group and our development partners have created at Alban House, bringing a luxury finish and specification to Hereford that has not been seen before.”

When completed, Alban House will be fronted by two commercial units with a newly-created range of luxury homes, above and behind, many with balconies. The gated courtyard accessed from East Street to the rear will also provide the availability of parking.

For further details, or to book a personal viewing, please call Martin Pearce at agents Connells on 01432 267 511, or view here.