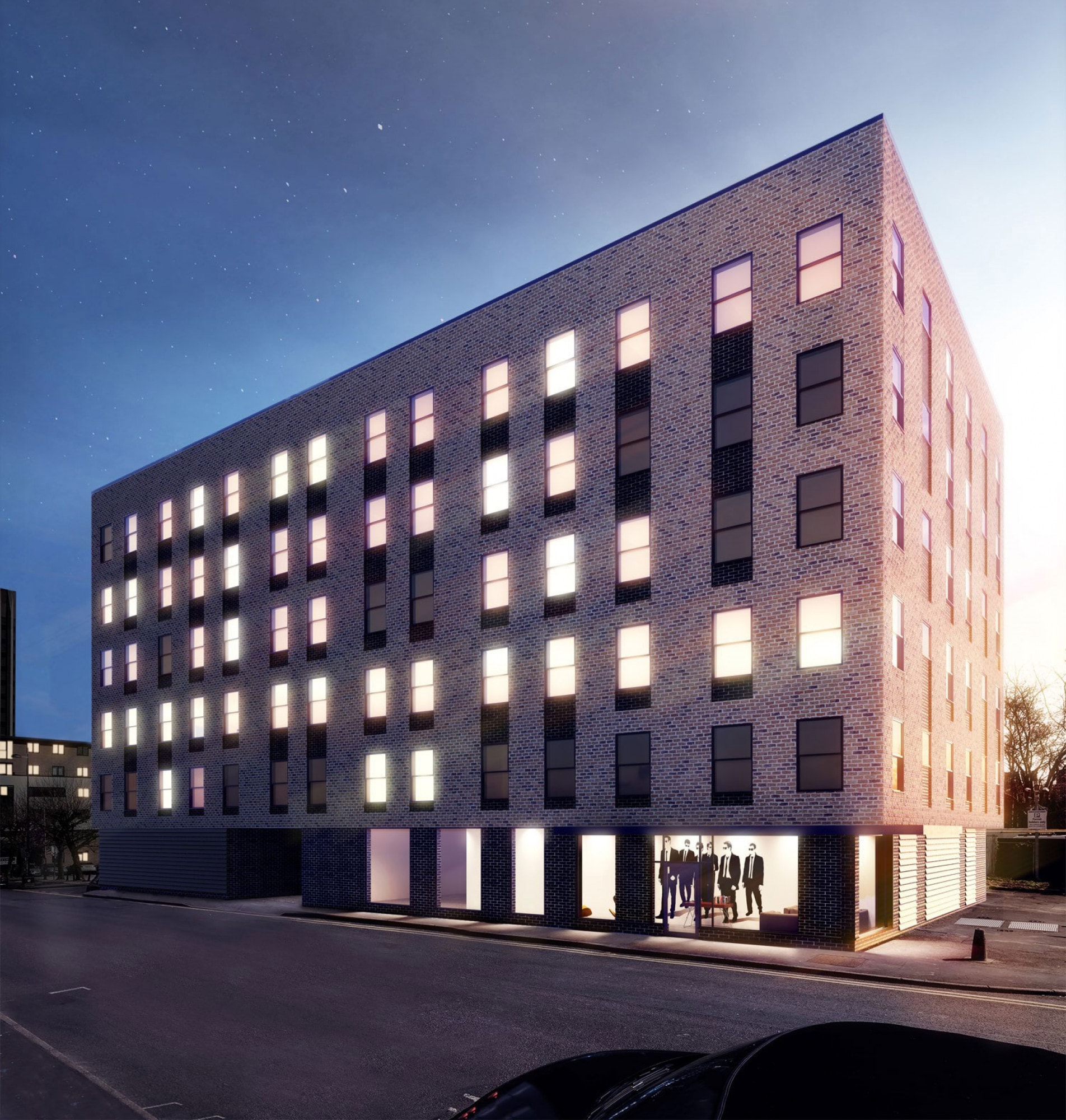 Elevate Property Group’s latest Birmingham development will be unveiled to an invited audience at a VIP launch at Knight Frank’s Colmore Row offices on Thursday, 18 January.

Work is well underway on the 40 two bedroom apartments in Tennant Street, with completion targeted for late autumn this year.

Peter Smith of selling agents Knight Frank said: “Tennant Street Lofts is a classic example of the right development in the right location at the right time”.

“It is just off Broad Street, 500 metres from Arena Central, where HSBC’s retail banking division is to be located, and close by The Mailbox and Brindleyplace with Deutsche Bank and others there”.

“It is a ten minute walk from most major employers in the heart of the city with New Street Station and the city’s major retail offer all close to hand.”

Elevate is offering a range of two bedroom apartments with prices from £250,000. Ten of the apartments feature a balcony and sizes range from 653 sq ft to 791 sq ft.

The development features a stylish reception and on-site secure parking is available for some apartments on a first come, first served basis.

Elevate Property Group’s managing director Steve Dodd said: “Since we took the strategic decision to relocate our offices into St Paul’s Square, Birmingham has become a key focus for us.

“This launch comes at a time when the city is seeing continued growth in city living, with many from London and the South East relocating to Birmingham.

“But we are also targeting the city’s young professionals as the financial sector in Birmingham continues to grow and thrive.”

Last March, Birmingham was ranked as having the highest quality of life outside of London by the global Mercer Quality of Living Report 2017.

Steve Dodd added: “Tennant Street Lofts is ideally located in a city that is currently rated as the most popular destination for Londoners wishing to make a new life outside of the capital.”

The development has already created work in the city with Rickett Architects Ltd and BACE Construction Consultants working with regional contractor J A Ball to deliver Tennant Street Lofts by the end of Autumn this year.

Mr Dodd said: “We have several hundred apartments in our pipeline for Birmingham and over a thousand in other cities across the UK in a number of deals completed in the last 12 months and we are keen to bring these forward as soon as possible to meet the pressing demand for quality living space across the UK.