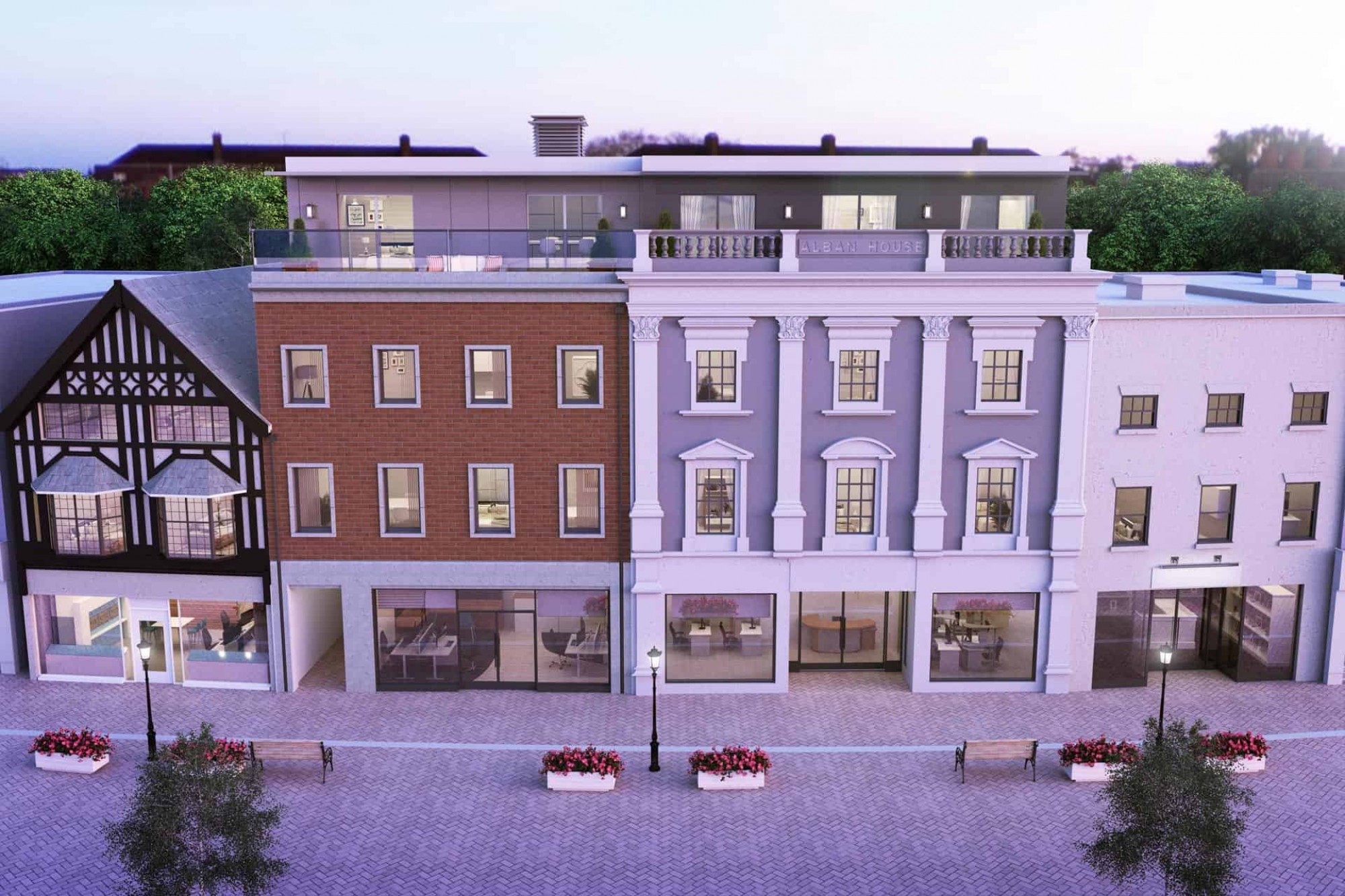 Hereford is finally getting a good look at how the once fire-ravaged Alban House will appear when construction is completed on the High Town site that is now well underway.

Completion of the 18 residential dwellings and two retail units is scheduled for November this year and developers Elevate Property Group said they had been surprised at the level of interest at this stage in the project.

Elevate sales and marketing director David Hofton said: “It was hardly coincidental that the surge in inquiries came shortly after scaffolding came down, revealing the Grade II façade that is now retained by the steel frame.

“At the same time, new hoardings went up with computer generated images and text revealing how the finished Alban House will appear, which prompted further inquiries.

“Behind the scenes, work is now progressing well and we are delighted at the positive response from local passers-by.

“We hadn’t planned to fully release the scheme to the market until the Spring, but we are receiving genuine inquiries from buyers who would like to cherry pick their plot now and reserve off plan.”

He said that Alban House was being built and finished to the same high specification for which Elevate has become renowned in its developments across the region including current projects in Gloucester, Nottingham, Solihull, Birmingham and Ashford, Kent.

The Hereford site at 16-18 High Town was seriously damaged when fire tore through the building on Thursday 21 October 2010.

Before Elevate Property Group stepped in to rescue the project, it had stood empty and forlorn for six years, with attempts to re-develop the site becoming blighted for various reasons including previous owners failing to start restoration work, enforcement notices, owners going into administration and preservation concerns.

Elevate Property Group bought the site in late 2016 and put together a bold scheme to breathe life back into the heart of High Town.

Even then construction work was delayed when Saxon ramparts were discovered and the developers stepped back to allow county archaeologists to chronicle details of the Saxon discovery dating back to late 9<sup>th</sup> century AD.

David Hofton said: “As responsible developers, we are very conscious of the heritage of the cathedral city of Hereford and we want to ensure that we respect the history of the site, while ultimately bringing to the market much needed accommodation in this popular part of the city.”