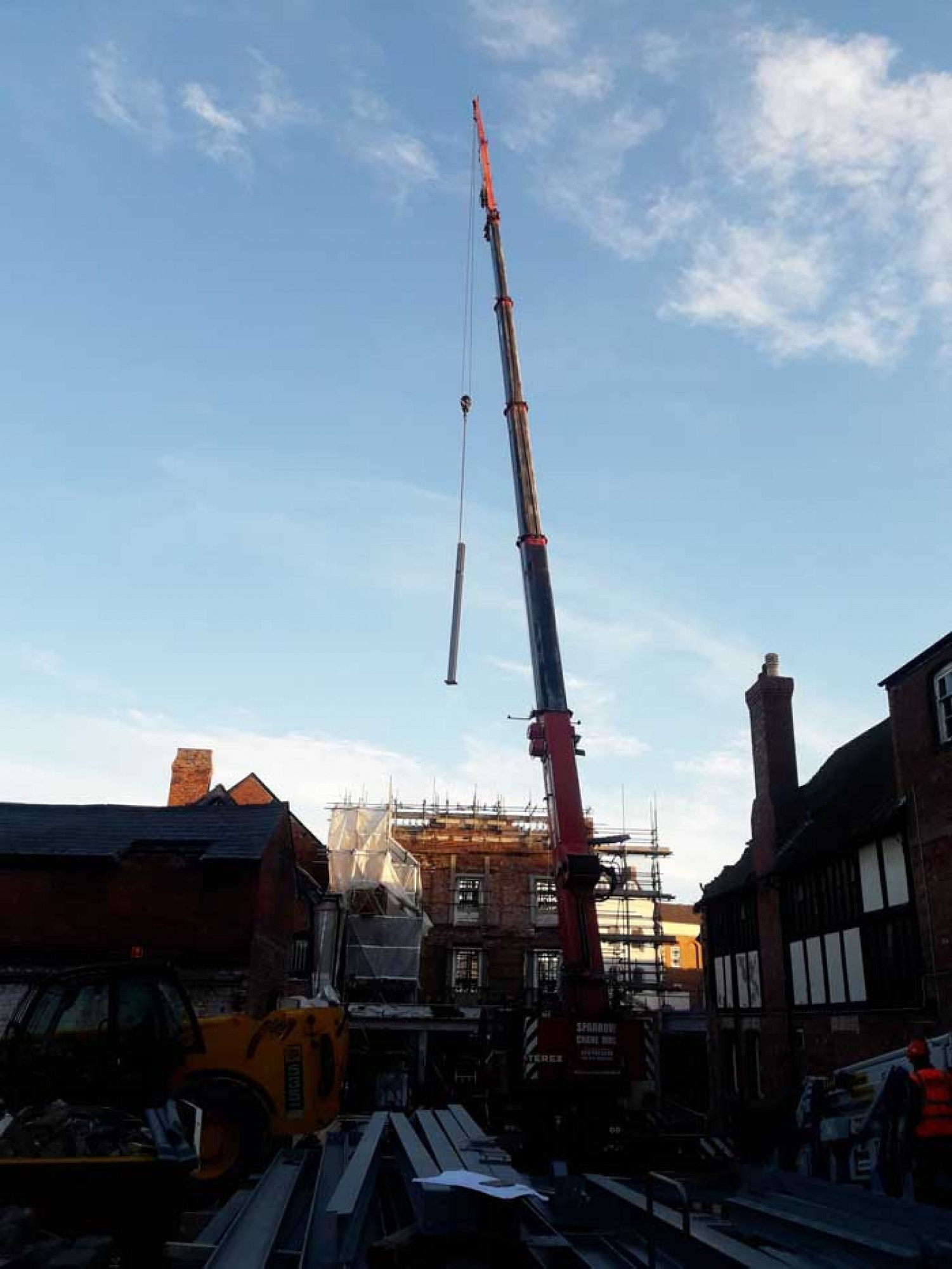 Work on the derelict High Town site in Hereford that was severely damaged by fire in 2010 has finally started.

The developers Elevate Property Group have appointed Hereford building contractor C J Bayliss which has begun work on the project, eight years after the fire which brought the city to a standstill.

The site had remained derelict and unloved until Elevate Property Group, the Birmingham-based independent housebuilder stepped in and bought the site with its Grade II façade in early 2017.

But the developers faced a series of hurdles to overcome, not least an ongoing saga over power provision to the site after an electricity sub-station had been destroyed in the original 2010 blaze.

Then Saxon ramparts dating back to the late 9<sup>th</sup> century were discovered within the foundations, requiring careful archaeological assessment and chronicling by county experts.

Then, in order to protect the site and their investment, Elevate bought the neighbouring pub The Booth Hall, which dates back to 1392 and became a public house in the 15<sup>th</sup> century.

Steve Dodd, managing director of Elevate Property Group, said: <em>“The site now being developed as Alban House has been a labour of love for us.</em>

<em>“As responsible developers, we are very conscious of the heritage of the cathedral city of Hereford and we wanted to ensure that we respect the history of the site, while ultimately bringing to the market much needed accommodation in this popular part of the city.”</em>

<em>“At times it seemed as if this site was determined not to be redeveloped but we have been buoyed up by the support of residents and the council who were keen for us to make progress.</em>

<em>“We are particularly proud to be able to award the contract for the redevelopment of this complex site to a local contractor in C J Bayliss,”</em> he said.