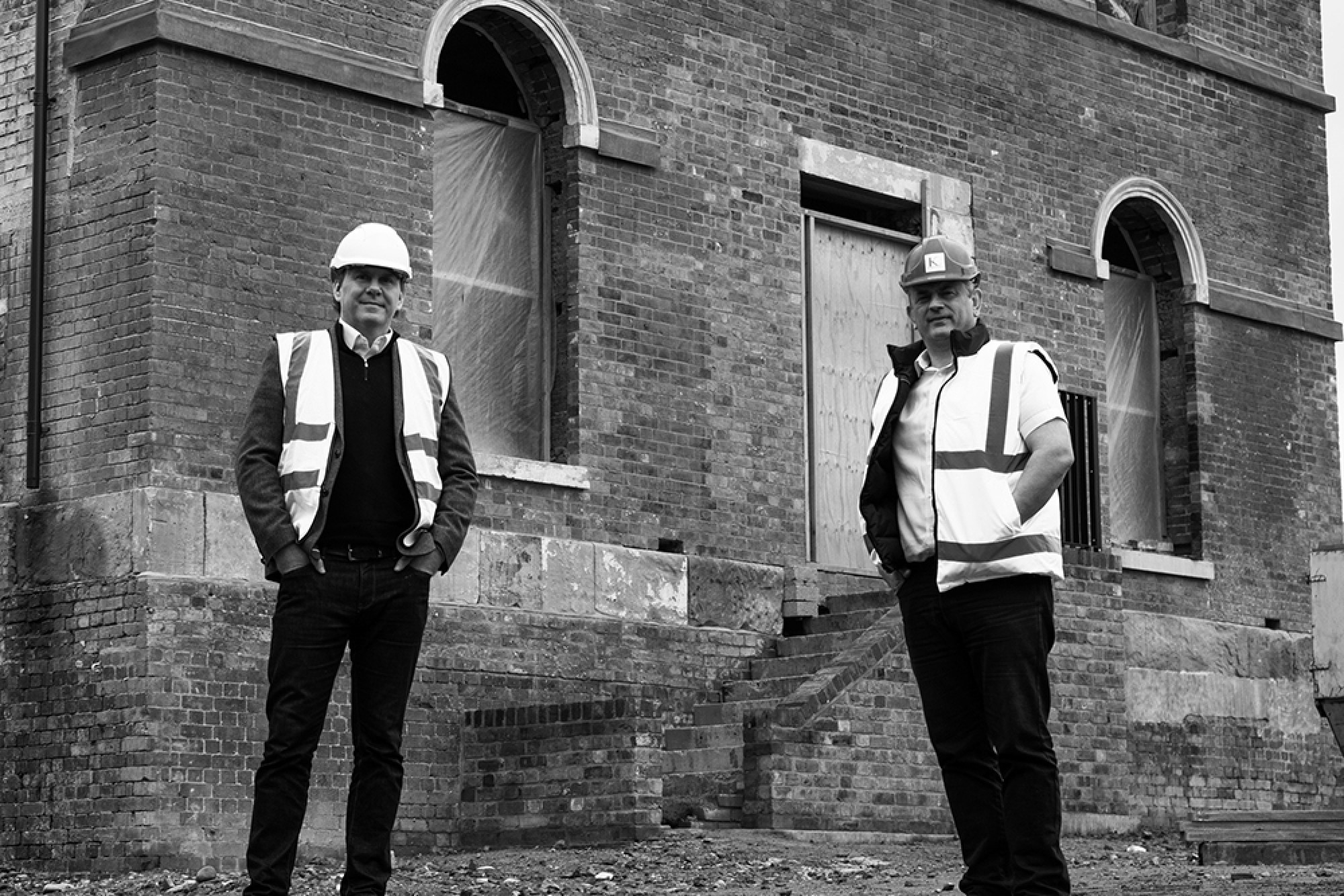 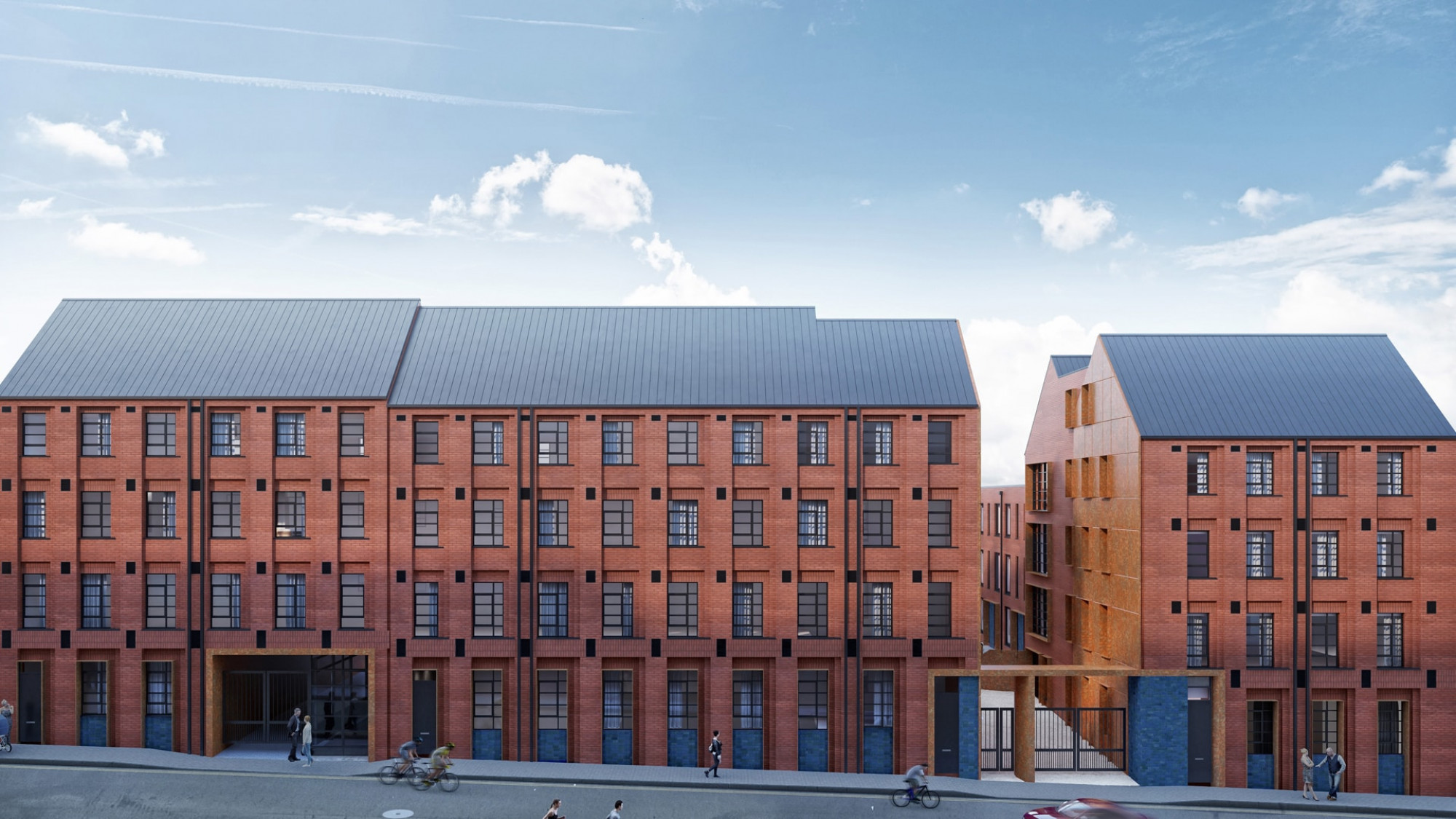 Elevate Property Group is to forge ahead with its plans for 56 residential properties at the historic Heaton House Lofts in Birmingham’s Jewellery Quarter.

Kavannagh Construction has been appointed to begin work on Monday 17 May on the site in Camden Street.

When the project is completed in the third quarter of 2022, it will provide it will provide 14 townhouses, 42 apartments, 4,300 sq ft of commercial space and Heaton House itself – a 3,360 sq ft, four bedroom dwelling.

Work to clear the site has already been completed. During the past six months, Elevate Property Group has removed the derelict and redundant industrial buildings that had grown up around the 19th century Regency villa, Heaton House, over the past 200 years to reveal the original merchant’s home that gives the site its name.

Initial works focused on stabilising the existing structure and replacing internal beams, the roof and windows where required.

The original Heaton House was the home of a leading Birmingham merchant, William Cotterill. It was an early 19th century villa on Camden Street, which at the time was part of the middle class suburban developments that grew up on the fringes of the city centre in Birmingham. The development was subsequently swallowed up in the expansion of Birmingham’s Jewellery Quarter and by the end of the century the Villa had been converted to form part of a large factory works.

Heaton House, during its refurbishment programme, will provide a prestigious marketing suite and show home for buyers wishing to see the quality and finish delivered by Elevate Property Group, while construction of the new build properties is underway.

Based in Kings Heath, Birmingham, Kavannagh Construction has over two decades of experience in delivering residential and commercial schemes.

Aiden O’Gara, director of Kavannagh Construction Ltd, said: “We have watched the rise of Elevate Property Group as a major force at the premium end of city centre living in Birmingham and so we are delighted to have won our first contract with this fast expanding company.

“We are proud to have successfully delivered a range of construction schemes, from large multiple-unit residential new builds to one-off prestigious residential builds, as well as a range of commercial sector schemes.

“We look forward to delivering Heaton House Lofts to the highest professional standards and completing our first project for Elevate Property Group on schedule and on budget.”

Elevate Property Group development director James Costello said: “We have worked hard to find an imaginative and productive use for a site that has lain largely derelict and dormant for decades.

“We look forward to working closely with Kavannagh Construction to deliver another much-needed quality residential scheme close to the city centre.”

Other projects completed by Elevate Property Group in Birmingham include Tennant Street Lofts and Assay Lofts, and sites in Cliveland Street and at Sheldon Court.

Founded in 2011, Elevate Property Group has been responsible for some of Birmingham’s most interesting, and sometimes controversial, residential developments, always breaking new ground in terms of specification and record prices for the city.

The company currently has almost a million square feet of development either under construction or in the planning and legal process.