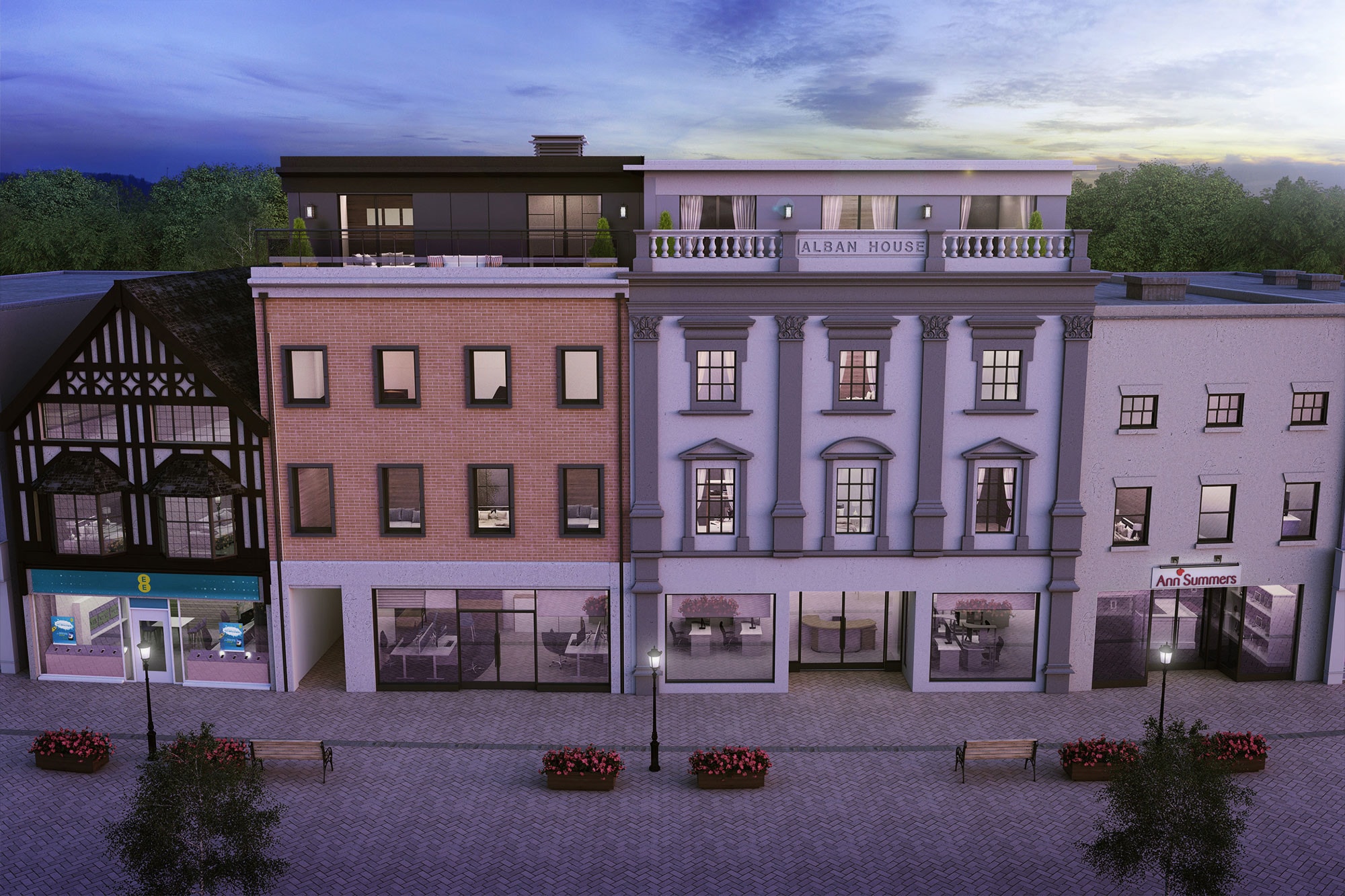 Plans to bring a fire-ravaged part of High Town in Hereford back to life have cleared the final hurdle.

Work will start early in the New Year on the project, now known as Alban house, to build a total of 18 residential dwellings and two ground floor retail units.

For more than six years, attempts to redevelop the site failed until Elevate Property Group took a hand earlier this year and purchased the site.

The breakthrough in the six year saga came with an historical appraisal produced by Philip Belchere of Hereford architects Hook Mason Ltd.

In a report first produced in October 2015 and revised in May 2016, he secured agreement with Historic England that, in effect, the damage was too serious to warrant insisting on extensive retention of the existing fabric of the buildings.

The project will be managed and overseen by development managers BACE Construction Consultants.

A local contractor will be announced shortly.

Steve Dodd, managing director of Elevate Property Group, said: <em>“It has been a long slog to get to this stage, with so many issues to be resolved, but I am now delighted that Herefordshire Council has given us the go ahead.</em>

<em>“We have worked closely with planning officers who have been supportive in understanding our vision for this site and helping us to create a satisfactory solution.”</em>

Elevate has a tremendous track record in tackling renovation and refurbishment projects, especially in city centres. In the past two years, it has completed four such projects in Birmingham city centre now including some of the city’s most desirable homes.

Other projects include homes in Malvern, where the sympathetic yet contemporary conversion of the former Holywell chapel and music rooms in which Edward Elgar played and taught were rightly acclaimed as well as Well House school.

Steve Dodd added: <em>“We are looking forward to bringing this site back to life and delivering new homes and shops that Hereford residents will welcome."</em>